Wat Khudeedao is located to the east. Outside of Ayutthaya City Island and Faces to the east. There is bell-shaped stupa as its principal stupa of the temple with the ubosot (the ordination hall) as its front. West of the stupa is the vihan(the hall of Buddha image). All buildings are surrounded by the wall. North of the stupa outside the wall is two-storey building called Tumnak Kummalean.

There is no evidence of its historical background or period of construction. However, according to the Chronicles of Ayutthaya, this monastery was renovated almost entirely in the reign of King Tai Sra by King Boromakos when he was the deputy King in 1711 A.D.

According to the archaeological evidence,this temple was first built in the early Ayutthaya period, but it was abandoned after the invasion of the Burmese army into the country in 1767 A.D.

"Although has been abandoned since the second time, the traces of Wat Khudeedao’s beauty still evident from the construction of the pagoda, churches, palaces and Kummalean Palace which indicates How great the Ayutthaya city in the past. In addition to the beauty and grandeur of the ancient temple, there is a legendary story told about the ancestors who preserve the precious treasure of the country in this temple as well."

Wat Wora Pho is located on the west of Cha Krai Ya (Klong Toh) canal. No evidence has been found to indicate when it was built. According to some part of Ayutthaya annals, Phra Si Sin who later became King Song Tham

Fomerly, the temple was known as Wat Ra Kang or the temple of bell. In the reign of King Borom Ma Kot (AD.1732 – AD.1758) the name of the temple was changed as Wat Wora Pho. This’s because of Phre Si Maha Pho Tree was sent to the King from Celon and it was planted at this temple

"The overall atmosphere in this temple is tranquil and quiet because of the abundance of trees and the way this temple is not so crowded. You can walk the beautiful temple freely. The beauty of this temple is challenge to the others’. Let’s visit it."

This Temple is behind the royal palace inside the city wall to the west. According to Ayutthaya annals, the temple was built by King Eakathosarot circa in A.D. 1593 in year King Naresuan the Great died while leading an army to attack King Tong-U in Burma. In honour of his elder brother, King Eakathosarot built a mighty crematorium here and some 10,000 monks were invited to the royal cremation.

The main ancient shrine of the temple is a large brick and mortar Sukhothai-st le bell shaped stupa. Inside the temple wall there and mny buildings used for religious ceremony ma ing, such as ihara buildings, Ubosot Building and two small redented stupas on the same base.

Wat Wachettharam are the large brinck masonry principal stupa in upside down bell tower shape in Sukhothai style that was built in the Ayutthaya period and the gable decorated temple with the use of decorative cups similar to the arches of Wat Mahathat. If you visit this temple first, do not forget to observe the remained trace of Maha Wat temple.

"The scenic spots of Wat Wachettharam are the large brinck masonry principal stupa in upside down bell tower shape in Sukhothai style that was built in the Ayutthaya period and the gable decorated temple with the use of decorative cups similar to the arches of Wat Mahathat. If you visit this temple first, do not forget to observe the remained trace of Maha Wat temple."

Wat samanakctsatharam was restored by chaophraya kosa ( LEX ) and chaophraya kosa (PAN) during the reign of king nari the great. According to the chronicle of or german named gampfer , It was noted that after coming back from attacking chiangmai,

King phet - racha went to wat samanakotsatharam to attend The cremation of chomae wat dusit in 2233 B.E. chaomae wat dusit was an important person not only because she was the mother of the chaophraya kosa ( LAK ) and chaophraya kosa (PAN) , bus she was also a wet nurse ofking noral the great within the temple, there is a prang

(AN ELONGATEDCONE – SHAPED TOWER) that looks different from any oter prang elsewhere. This is because it is similar to a chedi rather than a prang. It looks life the chedi of Wat jetyot in chiangmai. Perhaps chaophraya kosa (LAK) might have been impressed with chedi wat jetyot that the saw when he want to attack chiangmai curing the reign of the king narasuan the great in 2205B.E. so when he wanted to build this temple he copied the style.

"My feeling towards this temple is that this is one of the ancient temple of Ayutthaya with beautiful in the temple itself from its temple and church. This temple is an attractive choice of visiting because it has many historical stories. Finally, I would like to invite many Thai and foreign tourists to visit more and more."

Wat Phra Ngarm or wat cha ram is located in the North. Outside Ayutthaya City IsIand in the field named Thung Kwan. The temple faces east. East of the principal octagon stupa is Ubosot (the ordination hall). Which is surrounded by the gallery and dich. From archaeological evidence. This monastery has been restored several times.

There is no certain trace of Wat Phra Ngarm in the chronicle in the times period the temple was built. However, the temple was mentioned in stanza 23th of Niras Nakhonsawan. Which was composed in the reign of King Narai.

"Once l visit this temple, l feel that this temple is quiet in a peaceful atmosphere. lts distance from the city makes the temple not to be very bust. There are houses in the neighborhood that welcomes yon and there are also points of interest called retrograde doors. Lt”s a good idea to get back to the past. This is a very good place to visit and study history.

"If you have chance to visit some place we recommend you to visit here." 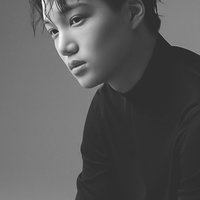