Swimming with Turtles in the Galapagos

I have always been keen to go onto the next adventure and uncover new and interesting parts if the world and when Trtl travel announced their first competition to win a trip to the Galapagos I jumped at the chance.

I didn’t really think that I would win, but the excitement of entering was enough to entice me into entering… who knows, maybe that would be my next trip regardless, I thought. So.. anyway, I have got to admit, I was absolutely THRILLED when I received an email informing me that I was the prize draw winner… and that’s how this story begins.

Arriving in the Galapagos:

The Galapagos Islands are situated just off Punta Vicente Roca and is world famous for the gentle natured sea turtles that swim and live near the bay area. This is a perfect tourist attraction, but it’s still beautifully intact and stays true to the natural aspects of the island.

I’ll be honest, when I first entered the competition, I didn’t have a clue where the galapagos was, so I did a little bit of research. The Galapagos is rife with all sorts of wildlife who live harmoniously, some can’t be found anywhere else in the world.

These islands are situated in Ecuador in South America, made famous by Charles Darwin’s theory of evolution. They’re remote and bursting with wildlife and landscape, which has been untouched by humans.

This is honestly one of the most breathtakingly beautiful places to visit, I was absolutely blown away by its beauty.

I have always been intrigued by the sea, however I was stung by a jellyfish when I was younger so have always been a little bit wary of what lurks beneath it. If you are scared of the sea, then don’t worry, you don’t have to go too far out.

The turtles are absolutely breathtaking and are so used to being surrounded by humans swimming in the sea with the, that they really aren’t bothered by it.

I got to swim quite close to some but didn’t want to disturb them so kept my distance. I honestly don’t think that there is a better setting to swim with such beautiful creatures. This is definitely something that I have ticked off my bucket list and it’s all thanks to the competition I entered. 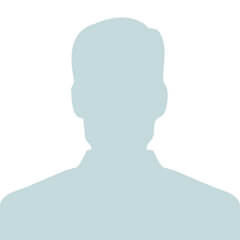 Best Places To Spend Your Summer In The UK Weird Worldy Cuisines And How to Eat Them