"Mount Bromo" is an active volcano as you can see from the photo. It is located at the Bromo Tengger Semeru National Park, Eastern Java Islands, Indonesia. It is 2,329 meters above sea level. The name "Bromo" is derived from the word "Brama", which is the name of the God in Hinduism. With the beli 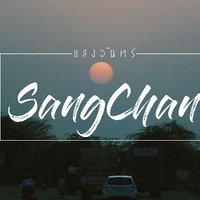 "Mount Bromo" is an active volcano as you can see from the photo. It is located at the Bromo Tengger Semeru National Park, Eastern Java Islands, Indonesia. It is 2,329 meters above sea level. The name "Bromo" is derived from the word "Brama", which is the name of the God in Hinduism. With the belief and the grandeur of nature which comes with the constant echoes from the depths of the volcano. The echoing sounds are like a God's breath. That is why Mount Bromo is also known as "The God's Breath".

In part 1.0, we went to see the beautiful blue flames at the Kawah Ijen, and the gigantic Sewu Waterfall. Today afternoon, we returned to our homestay near Bromo. It's a large single house with only 1 floor. The way to our homestay is difficult; many turns and very narrow. 200 kilometers felt like such a very long time and by the time we reached the homestay, it was dark.

Tonight is especially cold, so we returned to our rooms to relax and prepare ourselves to see the first light of the day at 3 AM at the viewpoint

At 3 AM, everyone gathered in front of our accommodation. Colorful jeeps passed by us so we got excited because it was the first time we would ride a jeep. After waiting for a while, a beige and blue jeep parked in front of us. We got into two separate jeeps because there is so many of us.

Outside the jeep, it is very dark - the only light source is the front lights of the jeep. We drove down the hill, passing a village and on to a very dusty road. It became even darker due to the dust and the darkness of the night. The jeep started to go up a hill again, and at around 4 AM we reached the parking lot. Since it was still morning, and it was very cold, the guide took us to a nearby shop which had a small fire place for us to sit by while eating.

5 AM - the sky started to brighten up a bit and it was time to walk to the view point. After walking up the hill for a while, we started to see groups of tourists heading in the same direction. On the hill, the ground is flat so it was very windy, and dust was flying everywhere. I had to pull my coat close together every time the wind blows, everyone waited for the first light to appear.

Nearing 6 AM, the golden light started to shine from the horizon to where we were waiting. Everyone was excited for the view in front of us because of the unique landscape. On the right, we could see a large valley with mountains behind it. On the left, there was a village built on the valley.

The golden sun light shone to the valley where Mount Bromo was, and we took many photos for quite some time. Even though there is no sea fog like we expected to see, the view was still amazing and we didn't regret coming here at all.

The valley that seemed so small from the viewpoint, is actually very large. Looking around us, we could see only a desert with no trees at all, and a mountain in the distance.

At this point, the guide let us take photos with the jeep, with the background of the volcano. The highlight that everyone must do is climb on the roof on the jeep and pose for a photo. Everyone did amazing poses!

After the photo shoot, the jeep dropped us off at the cemented fence (which prohibits cars from entering). Here, you can choose to walk in, or ride a horse. (Riding a horse costs 200 baht for a return trip)

We chose to ride a horse because it was a rare opportunity to ride a horse with the volcano as a background. After everyone had chosen their horses, it was time to continue our journey.

The horse could only take us to the foot of the volcano. We had to walk up the stairs to reach the crater. There is only 30 minutes left so we hurried up. Many tourists were walking up, and some were coming down.

The stairs are built with concrete and are covered with the dirt from the volcano because of the wind. So it was very difficult to walk. The stairs were very steep too so we had to be extremely careful.

A sound like a fan blowing through a large hole became louder and louder when we came close to the crater. At first, I thought it might have been a drone flying above, but it couldn't have been that because the sound was too loud for a drone.

My question was answered when we reached the crater. There was smoke flying out of large deep cave in the middle of it. Sometimes, we could smell the sulfur in the wind. The powerful sounds are like the breathing sounds of the earth - just like the God's breath as it is believed in Hinduism. At the bottom of Mount Bromo, there is the chaos waiting to burst in the form of lava.

The greatness of Mount Bromo is the creation of nature. As a small human being, standing at the crater made me feel like I was so small compared to nature.

We only spent 30 minutes at the crater, then we left the mountain to ride our horses back to the jeep. On the way back, our horse guides were very kind - they took some photos for us, and even told the horse to run. I can't really explain my feelings because they are so overwhelming.

When it started to get late, there were few tourists left. The horse and guide rode back to the village as a group. And we rode our jeeps to the black desert, to a place known as "the Whisper Sands".

The jeep started to slow down and came to a complete stop. Everyone wondered where we were and what it was. On both sides, there is field filled with black sand with groups of rocks scattered around without any living beings except the grass growing from the sand. The guide told us that this is 'Whisper Sand'. We stepped down from the car, confused.

While we went to take photos at the rocks, the wind suddenly blew so hard that the sand flew to where we were standing, the wind sounded like whispers. I understood then why it was called 'Whisper Desert'.

Because of the unique view, we took a very long time taking photos. After we were done, we returned to the hotel to find some breakfast. Our next destination is another famous waterfall on the Eastern Java Islands.

It took around an hour to travel from Mount Bromo to Madakaripura Waterfall. From the parking lot, we had to take a motorcycle to the walking trail, then walk to the waterfall (around 2 KM).

Madakaripura Waterfall is 200 meters tall. It is like a hollowed hill and when you look up, you can see water falling down around the whole circle. During the rainy season, the water will fall incessantly, but we visited in October, so there wasn't too much water. Of course, if you want to walk inside the waterfall, you have to walk past the water and will surely get wet if you don't wear a raincoat. The waterfall inside is the highlight of this place.

Mount Bromo.... makes us realize how great nature is, and that deep inside the earth, there is no peace yet. Every journey has an end, but the end is like a beginning for a new journey. See you again soon... #แสงจันทร์