A big cauldron is already simmering, big fluffs of smoke floating in the air, when we pay Khun Pranom Mungmee and Khun Thongprei Mungmee and their daughter Pi Tong a visit in their palm sugar learning base. Their manual furnace made out of dried out mud hungrily eats and burns away the charcoal it receives.

After days of eating a number of Thai food with palm sugar as one of the ingredients, we finally got to see for ourselves how it's made. The manual labor that goes into it is not as sweet as its end product.

Khun Pranom Mungmee is a thin man, but that doesn't stop him from carrying heavy bamboo containers and his agile climb to the top of the palm tree proves it to be an advantage. He goes from one branch to another collecting nectar with ease.

Back in their workshop, the furnace still burns. The nectar collected from the palm tree is heated until it turns into a sticky syrup, which is then manually stirred until it becomes a lighter shade. The sugar is unloaded onto tiny molds and left to dry off.

I think about the many times I've taken farmers for granted even when all of us would be starving if it wasn't for them. Oftentimes when we talk about progress, it's at the expense of people like Khun Pranom Mungmee and his family; people away from the big city but who work just as hard to keep the economy running.

Before you eat your meals today, don't forget to say a silent thank you to the farmers in your country.

Yet another example of how much we need farmers like Khun Pranom Mungmee can be found in our next stop, which also uses palm sugar as one of the ingredients for their product. Just a few minutes away from our homestay is another old road housing an old recipe, the Kui Lee sesame cake.

Originally from China and brought into Thailand during the 1930s, the Kui Lee sesame cake, named after its founder, is sweet and soft. Best served warm and paired with hot tea, the sesame cake has a roasted soybean/durian-and-egg yolk filling. It's so rich a single piece can make you full.

We visit yet another temple before ending the day where we get a water blessing from a monk. It's supposed to protect you from harm and if you've been a bad person lately, the water blessing will remind you to be good again.

Finally, dinner is served on a cruise along the Chao Phraya river. Together with some of the elders in Sapphaya, we marvel at the sunset and take in the breeze. Only then does it sink in to me that it's our last night before going back to Bangkok. I've had nothing but a good time here that I've forgotten how fast the days could go. But instead of sulking I dance with everyone to songs in a language I don't understand but have become very accustomed to these past few days.

The locals of Sapphaya are very good people, and their place deserves to be known. I remember how, during our first day, one of the elders said they have so much to offer but they struggle to keep up with the more popular places like Bangkok or Chiang Mai. How many beautiful places are left undiscovered because we don't see it in our instagram feeds and we only go to the ones that we do see? How many stories are left unheard because we'd rather have the convenience of hotel rooms over cooking your own meals with the locals?

The next time you travel to a new place, consider choosing the road not taken. Move away from the bustling, industrial capital city. Have meals at small stalls. Talk to the locals. Use body language and Google Translate if you don't speak the native tongue. Get your hands dirty with everybody else. It might turn out to be one of your best moments in life. 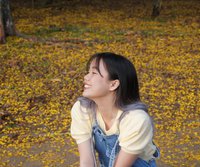 Releasing the Kraken in Chai Nat (the kraken is my appetite)