Hi all, this will be our 3rd blogs relating to 21 days in New Zealand the road trip review and Incredible India review.

For this review, it will be roughly mentioned about my memory once I had studied in Chiang Mai for 6 years.

Normally, I am passionate in travelling that much, this can be obviously told because once I stayed at my hometown, Prachaup Khiri Khan province was the farthest destination where I have ever traveled in Thailand and I have ever gone to Hong Kong one time. There was also another reason which I did not like to travel, it is because my mom does not allow me to travel, she liked to buy me the guide book of Andaman sea, so I can only imagine of traveling at the sea by reading the guide book. Once I was free during my study, I just went back to Bangkok, it was the frequent activity which I actually did for the first 2 years.

There was the big changing towards my attitude once I studied 3rd year, I was invited by my friend to travel at Mae-Ngad Dam. At first, I would make the decision to reject to participate this trip but I had changed my mind later. I admitted that this trip had absolutely made me know the happiness of travelling in the nature.

It has inspired me to write many trip reviews.

Above is the map of Chiang Mai

Once we talk about Chiang Mai, Doi Inthanon National Park will be the first attraction that people think of. There is not only the place where has the sign indicated " The Highest Spot In Thailand" but there are also other interesting things to see.

Viewpoint km. 41 This is the viewpoint where I like the most, I frequently visit here in rainy season and winter season.

Below photo was taken in December, 2016.

For below photo was taken in 2015, I took it from the cliff at upper level. But I think the photo which I have taken at lower level is more beautiful than this one.

Below photo was taken in 2014, it was taken during sunset.

The viewpoint in front of Kew Mae Pan

I have driven the at night, the stars on sky really impressed me but they were hidden by the cloud later on.

Later, I descended from Kew Mae Pan and found out the parking for helicopter. Apart from that, I also saw Budha's relic, it is very beautiful.

To continue walking from helicopter parking zone. Please be careful while walking.

This is another comer of helicopter parking zone in the mid day, it is fully occupied.

It was very good experience to travel in Kew Mae Pan, it is one of the popular tourist destination.

The challenging wooden balcony which is supposed to not do any activities at this point but people still prefer to take the photos here.

It was not difficult to get to Kew Mae Pan, it was a good exercise actually. However, I saw that there were many tourists gave up on the way to Kew Mae Pan.

I also saw Azalea at the balcony nearby the cliff.

This is all about what I have seen in Kew Mae Pan.

Next, it will be the highest spot in Thailand.

It is a must to take the photo with this sign " The Highest Spot In Thailand", it is the signature of Doi Inthanon National Park.

It is such the greenery pathway.

It is opposite the restroom, once we cross the road the will the pathway to reach to this point.

It is in Mae Klang Luang Village, I hired the local guide to lead us to this waterfall, it takes 30 minutes to reach there.

Rak Jung Waterfall is also its another name, this name was given because it was used to be the scene in Rak Jung film.

This is the same corner in the film

I was at the basement of the hill, I saw that there is the sign indicating the way to Mae Ya waterfall on the right hand side. I rode the car till the waterfall.

The general geography looks like Grand Canyon in USA. For those tourists who are passionate in jumping into the river, you are able to do it here. Please be informed that the river is quite deep, please be aware on this point. The life vest is available for rent.

I had ever come here previously in winter season but I was not passionate in it.

Doi Mon Jong is located in Om Goi District, Chiang Mai, it is open to welcome tourist in winter season. There are many possible way to reach Om Goi. I drove the car on the way to Hod District, passing Son Bor Kaew garden then heading to Om Goi district.

In case you would like to hire someone to carry your belongings up to the mountain, please contact tourist service center.

For this additional service costs THB 300 per day per hawker. Please do not forget to prepare some food for hawker as well. Otherwise, they will need to come back at the hill basement to find something to eat.

In my point of view, I think we pay THB 300 for this service is too cheap once we compare with what they have done for us. They have prepared for hot water, settled tent and dismantled tent.

On the first day, it sky was still cloudy.

Once we waited till the night time, the sky was reflected by the twilight, it was very beautiful.

All area was covered by the foggy curtain in the morning.

This photo was taken in the evening, it was the moment that we had good beam twilight.

For those who would like to go up to Doi Mon Jong, it is necessary that you have do some exercise to keep fit and wear comfortable clothes. Importantly, I do not recommend to bring any heavy belongings because they will be the big obstacles for reaching Doi Mon Jong.

This garden was used to compared with Nami Island in Korea about its atmosphere. Nowadays, it is disturbed by some tourists who park the car inside the garden. I would suggest to park the cars outside the park in order to preserve the beautiful atmosphere like it is used to be.

I have ever been here for 5 times, I really like the atmosphere of this garden in each trip except the latest one because many tourists park their cars inside the garden.

It was very calm for my 1st trip here.

The place in Chiang Dao district where I like to go, it is Ban Rabiang Dao I went there during rainy season for 3 times. The weather was as good as winter season.

I took the photos with Canon 70D during my 2nd trip.

I took the photos with Fuji x10 during my 1st trip.

I can still remember for my first trip, my trip joiners were really enjoyable with this trip and would like to go again.

This is also another attraction in Chiang Dao District. Many of you might notice already of how to reach to the top of Doi Luang Chiang Dao, the number of tourists is limited per each round. It is a must to contact tourist service center of Doi Luang Chiang Dao National Park because it is necessary that we hire local guide and transport to lead us to the starting point.

I was so tired, but my tiredness was relieved once I saw the spectacular view.

The trip is even more enjoyable once we have lots of trip joiners.

The highest spot of Doi Luang Chiang Dao is 2225 meters from the sea level.

ways to get to Doi Luang Chiang Dao, the distance of the 1st way is 8 kms and the 2nd way is 6 kms. I decided to go different way for go and back because I wanted to enjoy seeing the different view of both ways. Please do not forget to bring drinking water with you.

Rice terrace is in Bong Piang village, Mae Jaem District. It is necessary to go to Mae Jaem downtown, then hire local guide. There are various types of transportation to reach this destination; pick up car, motorbike.

I took this trip alone because my friends were not free. In my opinion, I thought that the green filed at Mae Jaem is very beautiful.

Even though, the view was very spectacular but I was still worried about the weather.

I went there 2 times and it rained during my trip. Luckily, there was the moment that the sky was clear.

My latest trip to Doi Ang Khang was at the beginning of 2016, it was during the period of blossoming Wild Himalayan Cherry and Sakura.

They are so beautiful.

There are also Japanese Sakura be grown here.

This is also another popular corner for taking photos.

Above photo is the photo of Wild Himalayan Cherry. It is the same specie as Sakura.

There is nothing special during winter season at Mon Jaem but you will see plenty kinds of flower blossoming in rainy season.

Hence, I decided to ask for my girlfriend to take the photos for celebrating her graduation here.

There are plenty of flowers.

In each season has its own charming point, it depends on your preference.

There is also one activity that should not be missed, it is to play Mong tribe's sliding cars.

Mae Kampong at Mae On District

This is the popular tourist destination, the main attractions are coffee shops, I visited 3 of them which are Lhung Pood Coffee Shop, Chom Nok Chom Mai Coffee Shop and The Giant Coffee Shop.

To go to The Giant Coffee Shop, I had to turn left and drive quite far away from Mae Kampong village.

The atmosphere at Lhung Pood was quite classic. There is the imitated waterfall inside the shop.

For Chom Nok Chom Mai Coffee Shop, I highly recommend to go there before lunch because the sun ray will be reflected throughout the balcony after lunch, it is really hot.

The popular balcony is where tourists like to take photos here.

Once we talk about Samoeng District, many of you might think of strawberry plantation. I actually went there but I did not take the photo.

It is extremely beautiful.

There is no entrance fee applicable but it is allowed to take the photo for commercial purpose such as fashion etc.

The atmosphere in the evening

Above is the view of Buddha's relic and Chiang Mai downtown. I drove the car around 2-3 kilometers, it is not the viewpoint but it is the view between the gap of the trees.

Normally, there are still various attractions in Chiang Mai where are awaited for you to discover.

Thank you very much for your time to follow this blog. From the North to the South Island, 21-day Road Trip in New Zealand 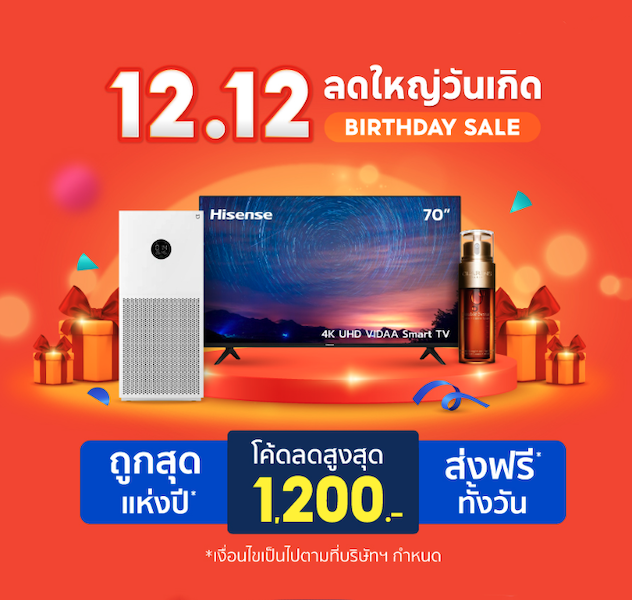