One day trip to LOPBURI, Thailand.

I took public van from Mochit and drop at Lopburi Train station.

Then I walked to see the ancient sightseeing of Lopburi City.

There were also some nice view for took photos as hipster way.

Here at the railway.

As per Thai history, this is the place that King Narai used to stay and welcome royal guest which this place represent the prosperity of Lopburi in the past.

Next stop is Official Residence for Ambassador (Wichayen House)

As per history, this place belongs to Mr. Constantine Phaulkon, a prime counsellor of the King Narai.

It was Renaissance architecture.

Monkeys were the signature of Lopburi and you can see them anywhere.

Opposite the train station was Wat Phra Sri Rattana Mahathat Lopburi, A royal temple in the reign of King Narai.

Heading back, move to train station and bought ticket.

Train ticket to Bangkok was only 28 THB!

It took about 3 hrs to get to Bangkok, but in the evening time was so chill.

I really like this trip, not too far from Bangkok.

I will plan for re-visit for sure. 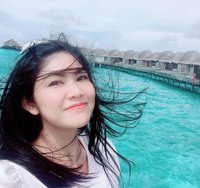