"The Big Apple through my eyes" Day 2 : Flat Iron - Rockefeller - Grand Central Terminal - Time square Our plan was originally to visit Rockefeller first, but once we arrived at the ticket booth, we realized that the available tickets were then in the afternoon time slot. (all the morning 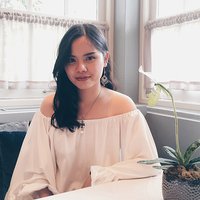 "The Big Apple through my eyes"

Our plan was originally to visit Rockefeller first, but once we arrived at the ticket booth, we realized that the available tickets were then in the afternoon time slot. (all the morning tix were sold out!) We secured the tix and left. It was like a 3-hour waiting anyway.

Flat Iron building was our plan B, it's a few stations away from Rockefeller. So we decided to visit here while we're waiting. It was only the photography spot. But we got to satisfy our hunger here as well, when we found there's a branch of Shake Shack nearby, a well-known fast food chain originally from NYC.

On weekday like this, a lot of white-collars also came to grab their lunches.

Shake Shack is a bit pricey compared to McDonald's, but it surely comes with quality!

We took the subway back to Rockefeller. You'll have to wait in a long queue even if you enter at the right time slot anyway. I recall we arrived a bit earlier than our designated time. But after having to go through the security process and all the elevators and escalators up there, it took quite substantial time.

You can see the NYC city view by going to Rockefeller and/or Empire State. Both buildings offer rooftop view. We chose to go up Rockefeller because hey it's how we can witness the sight of Empire State right in the middle of New York skyline.

While on the other side, that's the lung of NYC, the central park. (that high-rise under the construction kinda ruined the photo ugh)

I think most people spend at least an hour up there, there are 2 levels of 360 degree photography spot and also a mini lobby area where you can sit and upload just taken photos to social media.

Heading to the next destination, we passed by the holy St. Patrick Cathedral on Fifth Avenue.

We soon arrived at the Grand Central Terminal, a classic cinematic place.

Despite of the chaotic atmosphere in the main hall, the calmer area exists in the long underground exits.

Later in late afternoon, we decided to wander around Korean town since we planned to go to Time Square at night but the sun set pretty late in summer.

Jongro BBQ, one of the most famous K-Bbq places in NYC. We were shocked by the popularity, there was a loooooong queue of Asians and Americans. I'm not sure if it's a typical Friday night out for New Yorkers.

The food was so satisfying. One Thai waiter recognized us and offered extra complementary side dishes to us! By the way, the place is loud as heck with played music and people talking, totally american lol

All I can say about Time Square is a tourist trap. I probably heard about more than 10 languages there. Various shops, street food, street performance and TOO BRIGHT.

Regardless of the crowd, you'll be able to comfortably walk around, people mostly come here to walk, cars are not welcomed unless you like to get stuck in traffic.