This place is..."Phatthalung Station" (We are local people...We are from Phatthalung) written by goanywhere

This place is...Phatthalung Station :) "The city of Nora - Rice fields - Beautiful waterfalls and lakes - A place of waterfowl - The Hole Mountain - Hot springs" I was born in Phatthalung province, which is located in the south of Thailand close to Songkhla, Trang, Satun, and Nakhon Sri Thamma

This place is..."Phatthalung Station" (We are local people...We are from Phatthalung) 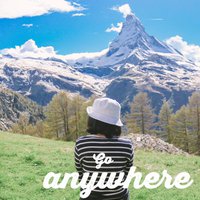 I was born in Phatthalung province, which is located in the south of Thailand close to Songkhla, Trang, Satun, and Nakhon Sri Thammarat provinces. When I was in high school, I usually used Pirch / ICQ for chatting (It indicates my age..Ha ha). I started my conversation by saying "hello" and I got a response by being asked where I came from. After I replied that I came from Phatthalung, I usually got a response by being asked "Where is Phatthalung?", "Is it located in Thailand?" (I felt so bored after hearing this).

I really want everyone to get to know Phatthalung better and to see how beautiful of this province. If you guys used to overlook Phatthalung or think that Phatthalung is only a passage way to other provinces, I really want you to rethink again.

Phatthalung is 1 of 14 provinces in southern region of Thailand. This province is:

We still conserve our lifestyle since our old time.

I grew up with some teasing words such as, "We have to take off our shoes before entering to 7-Eleven". Also, instead of saying "Would you like some dim sum and steamed bun?" like usual, they say "Would you like some boiled peanuts and Kanom Jak (Coconut Sweet Rice Flour)?"...Ha ha...It means that I look like I'm from a countryside...

Look at this hotel in Phatthalung!!! It has a vintage style.

"Phatthalung is so livable. People are so kind and friendly"

We have Manora Street.

We have folk performances (The most famous one is Nong Diew shadow puppet show. You guys have to watch this. It's so humorous)

Phatthalung is quite calm and local people have their unique lifestyle (you guys can imagine this by listening to a song called Mahalai Wua Chon or watching on Youtube). If you see people with un-smiley face and talk so loud with informal words, don't be afraid. It's quite normal here...I hope you guys understand this.

How to get to Phatthalung?

1.By plane. Since there's no airport in Phatthalung, we have to fly from Bangkok to Trang, Hat Yai or Nakhon Sri Thammarat, which are our neighboring provinces and it takes only 1.5 hours by plane. We have an advantage that we can choose to visit a different neighboring province, which depends on our purposes. For instant:

(Sometimes, I fly from Bangkok to Hat Yai and I spend 3 days there)

2. By train: There's also a railway in Phatthalung and it takes about 15-18 hours from Bangkok. We can see a view of nature and local lifestyle outside the windows during our journey.

3. By bus: It takes 10 hours on a massage chair (I never think it can do massage...Ha ha.). Plus, we can have a meal at night, which give a chance of Gastro-Esophageal Reflux Disease (a stomach disease)...Ha ha ha...We usually see a dish of stir-fried morning glory here.

People in Phatthalung mainly live their life by doing agricultural works such as rubber tree farming, rice farming and fishery.

Rubber tree farming is one of local people's lifestyle in southern region of Thailand. Although the price of rubber has decreased, we still continue doing this job.

Below is a rubber tree farm in Phatthalung. It's such a good location for taking some cute pictures and we don't have to go to South Korea to take pictures like this.

(This is a good location to take some beautiful pictures)

Although Phatthalung is not close to the sea, it has Thale Noi Lake where a lot of giant river prawns and freshwater fishes grow up naturally. Fried fish roe and pickled catfish are famous products here...You guys must try these menus.

In Phatthalung nowadays, there are many local food and desserts which are quite difficult to find them in other places but we can find them here easily with cheap prices.

It's normal for local people to eat rice vermicelli with curry. The price is only 10 baht per dish and it may make us feel full till noon (the price and quality like this in Bangkok may cost 30-40 per dish). After waking up in the morning, we usually eat this menu for breakfast. A common word that we have to eat plain food in the morning hasn't been recognised by people in Phatthalung or other provinces in southern Thailand. Spicy curry sauce can wake up ourselves from having a long sleep and we always wait for eating this menu every morning.

Originally, vermicelli in Phatthalung has few kinds of curry sauces, which are:

Thai rice vermicelli with green curry can be counted as a fusion food in Phatthalung.

A side dish of Thai rice vermicelli
1. Seasonal vegetables...Nowadays, many areas in Phatthalung have been full of flood, so we only have bean sprouts as a fresh vegetable.
2. Boiled banana stalk, morning glory, and young sweet potato leaves in coconut milk => My favourite menu.
3. Pickled vegetables such as green papaya and spider weed!!

Or we can eat with stinky beans.

Stinky bean has a strong smell and it can leave a smell in our mouth for a day.

Kanom Krok is made from rice flour and coconut milk. We eat it hot (just after taking out from a pan) and dip with sugar. This menu is quite plain and different from Kanom Krok that has taro or corn inside. I think this is more delicious than the others.

This menu is made from fried cashew nuts covered with caramel. The price is 10 baht per tiny dish made from banana leaves (It tastes better than Garrett Popcorn).

Champedak fruit looks similar to jackfruit but it has more sweetness, tenderness and stronger smell than jackfruit. We usually eat it raw or we can fry it like deep-fried sliced banana.

It's made from sticky rice flour wrapped with bamboo leaves into triangle shape by using a small rope and steamed until it's cooked. People in Bangkok usually eat this by putting into syrup and ice cubes. Unlike, people in Phatthalung usually eat this by dipping into brown sugar.

It's made from rice flour and sugar, and deep-fried until the edge of the piece is crispy but central area is still soft...This menu seems to be a snack for people in Phatthalung. The price is 5 baht per piece.

8. A dessert made from Millet seeds

I don't know how to make this. I only know that it's so delicious and it's really difficult to find nowadays.

The red flour can be a great ingredient for frying many things such as sausages, meatballs, squids etc. (I personally like deep-fried squid tentacles with red flour). We can find this menu for 5 baht per 1 stick.

It's quite difficult to find this menu. It's stuffed with sticky rice, sugar and coconut milk. We can eat the whole piece without peeling the skin...It's so delicious.

I have been eating this menu since it was only 1 baht or 2 baht per piece. I don't really know how much is it now...It's made from steamed sticky rice with sugar and coconut milk wrapped with banana leaves into triangle shape and it has to be grilled before being served. Sometimes, we can find some black beans inside.

I think most of you already know this menu. We can find this menu in every open-air market.

14. Tapioca pearl pudding with a dash of coconut milk at Pakee Pakklong restaurant

This restaurant has been famous because of Talaad Sod Sanam Pao variety show. The most interesting is that it's made from real tapioca flour.

This dessert is made from glutinous rice flour stuffed with palm sugar and rolled over with grated coconut and powdered sugar.

I don't know how to make this because my mum has never cooked this kind of dessert at home. I always buy this from an open-air market...Ha ha...It's so delicious indeed.

Although Phatthalung is not closed to the sea, seafood is not very difficult to find.

Purple potato tastes like sweet potato and taro. In fact, it's quite difficult to find this kind of potato...Anyway, I just know that it's so delicious.

This kind of potato natively grows in southern Thailand. It's quite small and looks like rat droppings. We normally put this potato into spicy and sour soup.

Sour mango is quite small but its sourness is not small like its look..We usually eat the sour mango by dipping down into spicy sauce made from shrimp paste and chilli. It's so delicious.

Phatthalung is so livable. Also, people are really kind and friendly.

I think you guys have fallen in love with Phatthalung already...Please keep in touch with me and wait for the second episode. I will take you guys to visit many beautiful places in Phatthalung.